Tiffany Evans’ powerhouse vocals will command the attention of anyone in her surrounding area. The South Bronx native got her start in 2003 as a contestant on the hit singing competition show, Star Search, hosted by comedian Arsenio Hall. Tiffany’s victory sparked the interest of major labels including Columbia Records. After performing for executives, Tiffany was offered a recording contract on the spot in 2003. In between working on her debut album, Tiffany explored her acting skills as she picked up roles in CBS’ The District, Tyler Perry’s film Diary of a Mad Black Woman and Law & Order: Special Victims Unit. In 2008, Tiffany released her self-titled debut album, which included hit singles “Promise Ring” featuring Ciara and “I’m Grown” featuring Bow Wow. Executive produced by The Clutch and Ciara, TIFFANY EVANS debuted at No. 4 on Billboard’s Heatseekers Albums chart.

The 23-year-old singer is now gearing up to release her new EP titled ALL ME, due on Thursday, October 30th, 2015. ALL ME contains a mix of R&B, hip-hop and pop sounds that are simply infectious. The highly awaited EP consists of seven tracks, including the lead single “On Sight” featuring Fetty Wap. The fun and flirty track has received over 600,000 digital streams to date. Thanks to the buzz behind “On Sight,” Tiffany was selected for iHeartRadio’s Digital Artist Program for September 2015. The partnership included daily spins of “On Sight” across all of iHeartRadio’s urban stations. Tiffany’s social media presence continues to grow daily as eager fans and supporters await ALL ME. With over 1.6 million followers across her platforms, Tiffany hopes to keep building her bond with her fans as she begins a new chapter. Checkout our brand new interview with Tiffany now !

A quick click online yields this succinct definition of the word original: “Not dependent on other people’s ideas; inventive and unusual.” For those seeking the musical equivalent of that, you need look no further than Tiara Thomas. Thomas first vaulted into national consciousness in 2013 when she co-wrote, co-produced and appeared on Wale’s hit single “Bad.” Now the multi-talented newcomer—singer, rapper, songwriter, musician, and producer—brings that formidable skill set to the forefront.

Recently, We caught with Tiara Thomas to discuss her latest EP release since the departure from Interscope and Rico Love’s Division-1. Thomas’s new EP “Up In Smoke” was released under her management’s company – MBK Entertainment independently. Checkout our interview with Tiara now!

In our desire to succeed and strive for perfection it is often difficult to take a step-back and truly exist in a space, to feel its energy and connect with those around us. This energy is what the beautiful songstress, RYLI, real name Reilly Stith, is
trying to foster with her debut EP, Enter . “I want to create a place where people can channel their inner vibe through music. I want people to live in my music and leave with sense of calm and understanding,” said RYLI.

A soulful exploration of love, relationships, heartbreak and the world around us, Enter, fuses progressive-rhythmic RnB with sultry vocals to create a rich auditory landscape. “It tells a story,” said RYLI. “I have been songwriting for a long time, however, it never felt quite right. With this release, I have been able to explain who I am as an artist. It gave me the opportunity to be a storyteller.” Checkout our interview from RYLI from the Capitol Records office in NYC.

Teedra Moses was born and raised in New Orleans, Louisiana to a gospel singing mother, Shirley Moses. She later moved to Los Angeles, California with her mother and three siblings after her parents’ separation. Prior to becoming a recording artist, Moses worked with her best friend Nonja McKenzie as an assistant wardrobe stylist for artists such as Will Smith, Kelis, R. Kelly, and No Doubt. Never once approaching any of the clients, it wasn’t until after the death of her mother that Moses decided to follow her heart and begin making music. With over 10 years of live performance, selling out intimate venues around the world, and a stream of mix-tapes, Moses will release only her second commercial release in a decade. Cognac & Conversations scheduled to be released 3rd quarter 2015 thru Shanachie Entertainment. Check out our exclusive interview with Teedra from the Essence Festival.

R&B/Soul Songstress, Elle Varner has been getting the world geared up for the highly anticipated sophomore album, “4 Letter Word” – had just released the new banger “Birthday” featuring 50 Cent. We caught up with out friend Elle to discuss working with 50 Cent, “Love”, and MORE exclusively with David Duane at Essence Music Festival 2015. Click the video below because this conversation is so EXCLUSIVE !!!!

Valentines Day in New York City always is the best – especially if it’s a night of LIVE R&B music. Our friends, Elle Varner & Bridget Kelly performed two intimate shows their fans on the day of love. In case you’re not familiar with Bridget Kelly. She best known for her singles “Special Delivery” and “Street Dreamin” featuring Kendrick Lamar has recently embarked on her independent artist journey. Now back better than ever, Bridget is almost ready to release her debut album “All Or Nothing” later this Spring 2015. She previewed tracks such as “You” with Jordan Bratton and “Run After You”.  Elle Varner – known for singles like “I Only Wanna Give It To U (Featuring J. Cole)” & “Refill” has been recording her highly anticipated album “4 Letter Word”. Continuing to get the ball rolling on promoting the album, Elle has been running new single and even performed them for the audience in New York City. One record that always stands out to us is “Nothing”, a record about feeling like you don’t have a place in one’s heart. MBK/RCA Recording Artist, Gabi Wilson opened up both of the shows as Julissa B hosted it along with Mack Wilds. Such an incredible concert from Elle & Bridget ! Checkout our videos from the incredible performance below !

Grammy Award Nominated Recording Artist/Songwriter: Elle Varner has been extremely busy these past 2 year touring and recording her upcoming anticipated album, “4 Letter Word”.  Earlier in 2014, Varner was very eager with wanting the album to release but has now decided to keep creating more music. We sat down with her in December and she revealing news on the status of the project. She also discussed working with A$AP Ferg on the latest track “Don’t Wanna Dance” and teases the sound of upcoming album single. Check it out our exclusive interview now !

Bridget Kelly best known for her singles “Special Delivery” and “Street Dreamin” featuring Kendrick Lamar has recently embarked on her independent artist journey. Now back better than ever, Bridget is almost ready to release her debut album “All Or Nothing” later this Spring 2015.  Just this Valentines Day weekend, BK performed with Elle Varner in New York  City at the legendary SOB’s. She previewed tracks such as “You” with Jordan Bratton and “Run After You”. Checkout our videos from the incredible performance below ! 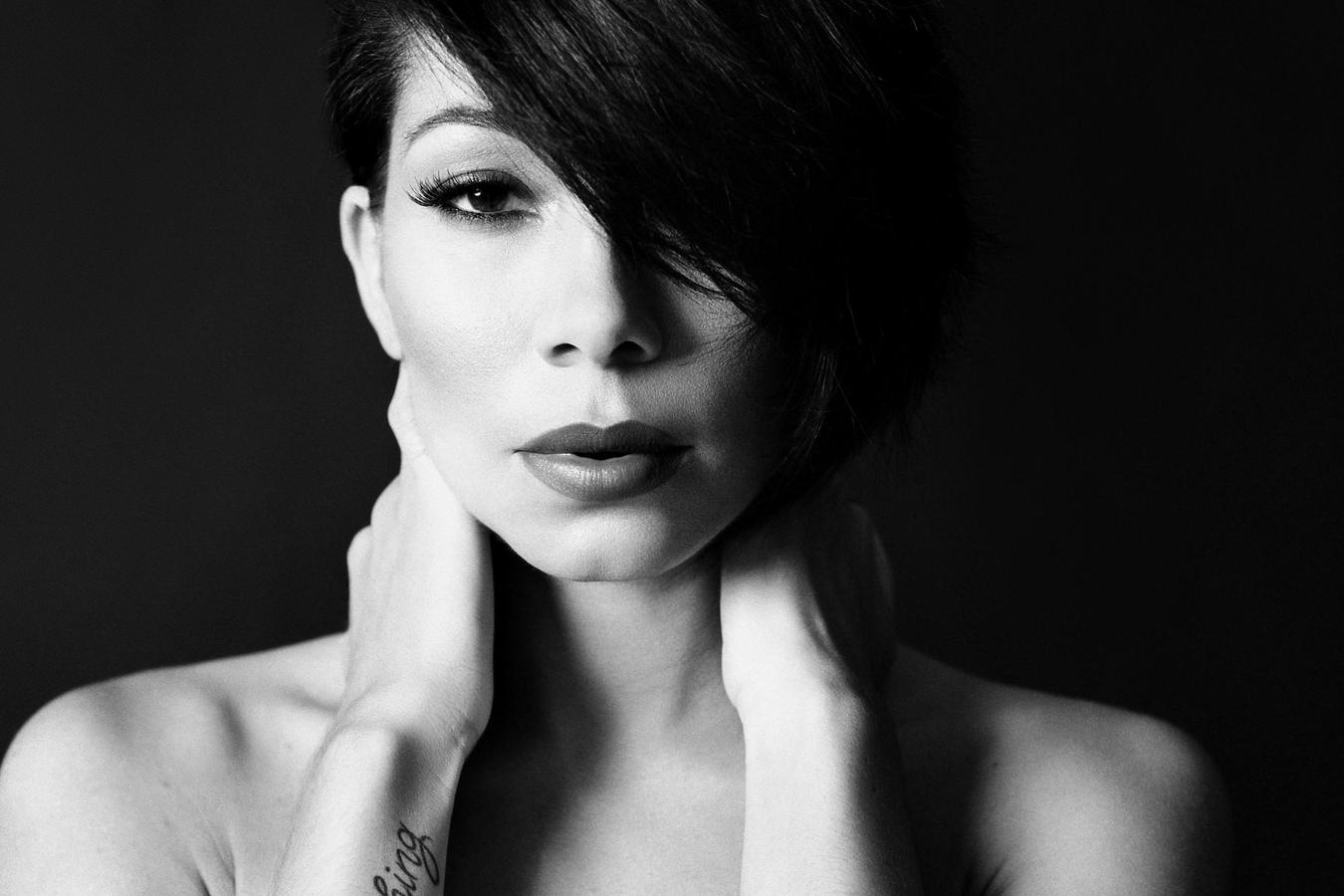 “I want to be remembered by how good I was able to make someone feel about themselves—whether by knowing me personally or through my music. I love making people happy, just as much as I love making music.” – Bridget Kelly

For BRIDGET KELLY, it started at Madison Square Garden singing her hometown’s newest anthem, “Empire State of Mind” alongside JAY Z. Next was the global BP3 tour, on to “Street Dreamin’” with Kendrick Lamar which led to the “Liberation” tour with Mary J. Blige. BRIDGET KELLY has received further co-sign of musical peers as a Grammy Award winning songwriter for fellow recording artists including Kelly Clarkson.

On her debut EP, Every Girl and follow-up Cut to…Bridget Kelly project, BRIDGET KELLY laces her musical stories with elements that define her individualism – love, style, confidence. The distinctive and powerful voice of BRIDGET KELLY delivers a confidence in the artist she has triumphed to become with a splash of New York toughness that can not be taught—as heard on such fan favorites as, “Special Delivery”, “Coca1n3 Heartbreak” and “I Won’t Cry”. On the forthcoming All or Nothing, due in 2015, BRIDGET KELLY continues the conversation with her fans who identify with and sing along to her brand of musical illustration of life and love. Recently, We caught up with our friend Bridget to discuss it all and how her journey as an independent artist since departing from Jay Z’s Roc Nation. Also – Listen closely as Bridget teases an upcoming tour with Elle Varner & Tiara Thomas – Check it out !